SPOUSAL SUPPORT--CALIFORNIA-- IF YOU DON'T KNOW THE RULES YOU ARE LIKELY TO LOSE........

In CA, the spousal support rules tend to favor the ex wife, if only because women did not always work outside the home back in the day.......(If you aren't that old, back in the day you may not have been born yet LOL)... In all of our examples, we just use man/woman terminology, so we don't have to go into detail about what if the couple was not male/female, the rules are still applied the same--it is likely that if one person has always worked and the other did not, or there were other circumstances which were already in place, then one can see that when the 14 factors are used to determine support, one can always attempt to raise other issues involved. Because there could be an almost unlimited amount of different issues, it makes sense to understand that litigants who do hire counsel on this type of case will likely have a better chance than not hiring counsel. Some difficult cases involving support can take more than several days of trial.

In any event, let's just say for example, that you are the husband and your wife has never worked a day in her life. WELL, that's going to be a HUGE problem from the get-go. Unless she is independently wealthy, inherited a great deal of money, or maybe even won the lotto, the chances ARE--that the ex husband is on the hook for the spousal support. * Under California law, a judge may order a spouse or domestic partner to pay permanent spousal support to the other spouse or domestic partner in any amount, and for any period of time that is just and reasonable. This gives judges a great deal of discretion when establishing the final, permanent order. IF there is a situation, however, that the ex wife shacks up with a new man, then that will likely be completely different. OR--if ex husband has the 3 minor kids and wife has a job, that will make a substantial difference. There are many factors that could affect the support to be honest, as the CA code uses 14 factors. 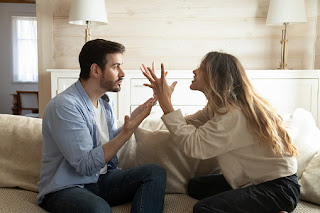 We suggest you go look those factors up online so that you can get the data required if you are planning to represent yourself. IF you hire an attorney, hopefully get one that has argued these factors prior, and can do the trial. It is never recommended that you do this without counsel. Once in awhile it might work but for most part, we don't recommend doing it without legal help and advice. Since there are at least 14 factors involved in the determination for such support, unless you are one of the rare individuals that knows this subject forward and backward, we would not recommend attempting to prove your case on your own.

A skilled attorney is usually the best bet you have unless your case involves the ex wife winning the lotto in which case then you better look that CA case up as well. That lady that won the lotto (seriously) purposely never told the spouse and he accidentally found out by chance; guess what happened? The Court punished her for non disclosure and awarded it all to the ex husband. Don't be dumb. Get an attorney who cares and knows the rules and cases. The grief you save will be your own.

WHY WE DO CARE ABOUT YOUR CASE? :) YOU HAVE COME TO THE RIGHT PLACE! 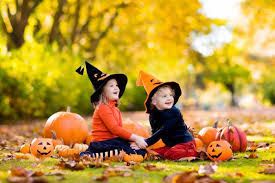 The main reason we became involved with this type of work, including difficult cases with either intricate facts or horribly awful facts, is because we started to see that customers without any help, or legal help, would end up losing what should have been a WINNING case, had they known what they were doing to begin with? ...and then we started to find out that a good deal of these pro se litigants did not actually understand what they were doing, they actually misunderstood what they needed to do in order to prevail. Therefore, they often ended up losing their cases (and sometimes their kids) when they should have won---IF the case had been properly structured.. 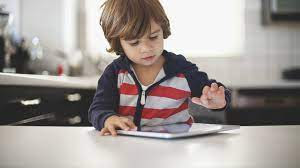 Thus -- it becomes more and more obvious that the more you have at stake, the more you stand to lose? Therefore, why lose anything at all if you don't need to do that? While many clients cannot technically afford expensive attorneys, they can actually oftentimes afford our services which can be based on doing only certain parts of a case in the CA Superior Courts, mostly in Family law cases.The Courts have specific forms for this where an attorney can only be hired to do a certion part or section of a particular case.

Attorney herein has seen MANY cases lost due to either poor planning, poor legal arguments, lack of correct arguments, not knowing anything about what you are actually writing about, making errors (legal, factual, or other) and then wrecking your own case, or not really understanding either the Local Rules of your jurisdiction, or the family law rules or cases, or misunderstanding child support and how it works (trust us-- if one party is on welfare/state aid, the other party will pay heavily for that in nearly all cases)....in some cases, it's better not to be on aid, but in a small amount of cases, we have seen a few scenarios that didn't do so badly.

Also, we have seen FACEBOOK used to ruin cases (Facebook is now changing its name to "META"...) after Facebook got into hot water with the former voting issues and etc. We personally detest Facebook because it mainly just brings out the worst in people-- Hell, we have even had to use Facebook in some defense arguments because the use of FB was so bad by the other parent usually--that to leave it out would be downright ludicrous!?

We would believe that locking down your FB site and not sharing with many is a good tactic to avoid both exposure, profanity, fake exposes and lies, and worse, judges don't like FB, and it can be expensive to have to do the tracing on it for evidentiary purposes. It seldom will help your case except to extent the ex actually does publish bad acts or actions on there, if so, then game is on, it's in public domain!

Most of Calfornia counties now use the same format for Request for orders, Requests for Orders leading to mediation, and follow up, and cases with DV TRO (restraining orders) are similar. Most of our document production is reasonably priced and we strive to meet other vendor's price matching locally. We have been involved with document processing since the 1990's and our top paralegal is locally based. Many of our cases have been difficult cases which require extra help in order to win the case. Because nearly 73% of clients in the County are NOT being represented by an attorney, having your papers done correctly would seem to be the best bet, and if you were able to get some help by someone skilled in family law, restraining orders, or other issues involving children, parents and potential issues in the hearing, we are fairly sure that each litigant could use that type of help. (Ex parte hearings which indicate exigency are typically handled more quickly by the Court, due to the nature of the potential harm.)

We utilize both paralegal and legal help and the services would depend upon how difficult your case is and whether or not you have your income and expense filed, or can prove your income otherwise, and the other party's income. Fee waivers allow lower income litigants to avoid having to pay the high filing fees with the Court. The filing fee on divorce can easily be $435? (There is no court fee on domestic violence filings unless the law changes..) Therefore if you do not qualify for the fee waiver but believe you don't make an income high enough to get legal help, we may be able to help you--it will depend on how difficult your case is. We have done thousands of documents involved in family law cases over 29 years, so that is not an issue.

The key is whether we can assist you with the case so that you may actually get somewhere on your case! In particular we are very skilled in listening so we can best prepare your documents!! CALL TODAY, YOU WILL BE GLAD YOU DID!! OVER 29YR OF EXPERIENCE, NORTHERN CAL AND SOUTHERN CAL!

Solano Family Law Facilitator--for a Start--But Will You Get Correct Help, legal, Quasi legal, or Otherwise? 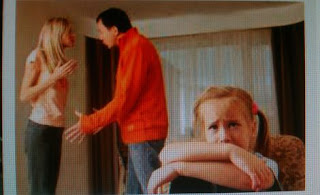 THE LEAST EXPENSIVE WAY TO GET A DIVORCE IS TO KNOW AHEAD OF TIME, WHAT YOUR RIGHTS ARE. WHEN YOU HAVE THAT ESTABLISHED CORRECTLY, FILING THE DIVORCE TRIGGERS CERTAIN POTENTIAL ACTIONS FOR THE FUTURE.

IMPROPER FILING OF DOCUMENTS CAN COME BACK TO HAUNT YOU LATER.

IMPROPER FILING OF LAW AND MOTION DOCUMENTS, ESPECIALLY THOSE
FOR CHILD CUSTODY AND VISITATION, AND NOT KNOWING WHAT
TO DO FOR MEDIATION, CAN RUIN YOUR CASE. 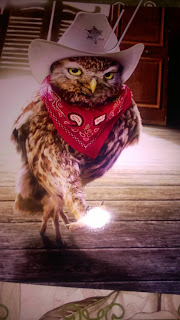 DO NOT RUIN YOUR CASE BY TRYING TO SAVE A FEW BUCKS.  IF YOU IGNORE
THIS AND THEN LOSE CUSTODY, BECOME VICTIM OR CLAIMED AGGRESSOR
IN DOMESTIC VIOLENCE, DON'T SAY WE DIDN'T WARN YOU.

MOST CLIENTS CONTACT US AFTER THEY HAVE MADE A LOT OF ERRORS.

SAVE YOURSELF GRIEF IN THE LONG RUN AND FIND OUT YOUR RIGHTS.

THE AMOUNT YOU SPEND WILL SAVE YOU MANY TIMES THE $$$ YOU WILL
LOSE,OR HAVE ALREADY LOST... THE HEADACHES YOU WILL ENCOUNTER, AND THE POSSIBLE GRIEF
YOU WILL FIND DOWN THE LINE..........
Home
Subscribe to: Posts (Atom) 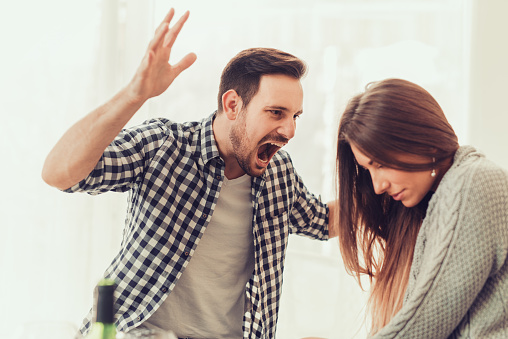 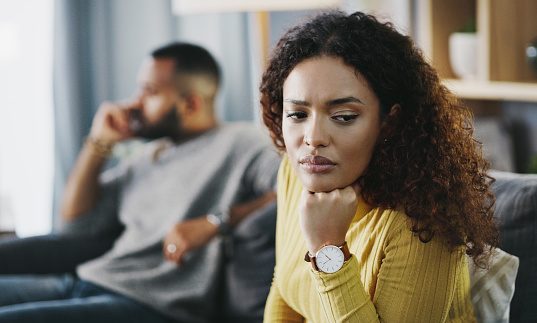 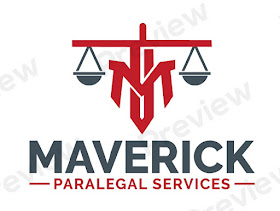 Our services for legal documents are available in Northern California; in Solano County, Sacramento, and adjoining areas, but our background includes having worked in much larger jurisdictions as well, such as San Diego, and the Placer County area. Attorney C. Chan has extensive experience in animal law cases, both state and federal; family law, civil litigation and more.
Difficult, novel, or seldom seen issues, and some of our cases are precedent because the results are seldom seen. Attorney's cases have been in the news, newspapers, verdict search, CA State personnel board published precedent cases, litigation against large entities (Chase bank, PGE, the AKC, non profits,etc.)

Our services enable us to provide needed documents which are typically used in California courts, for routine law and motion. Family courts have routine hearings on issues such as child support, spousal, visitation, custody, supervised visits, etc.
Especially in Family Law courts, you may have paperwork, but really do not know how to formulate your best strategy to try and get what you want.
In fact most pro se litigants lose their cases because they simply don't know the law and just start talking.
It does not make sense to lose your argument or case, because Judge did not understand or even see your argument-- right?
IF YOU WANT THE BEST CHANCE AT GETTING AHEAD IN FAMILY Y LAW, you need help by professionals that both know the law, and can actually help get your points and arguments across...
Judges are busy and don't like to hear "non-issues." Why waste your time? Call us to see how we can help, as we provide these services for people at an affordable cost!